Vehicles powered by propane autogas — a bottled fuel consumers also use in barbecue grills and for home heating — occupy a small but growing alternative-fuel niche, mostly for fleets of medium trucks, vans and buses.

VW: What You Can Do

VW: What You Can Do

The good news is that we have time to make this happen, but we need your help. Together, we can create a unified front to reach out to each of our state officials, and make alternative fuel school buses a priority for Environmental Mitigation Trust funding.

We have developed an easy-to-follow strategy to make it easier for you to communicate our message to get some of your state’s funding put toward alternative fuel school buses.

How can we do this together? By having every Blue Bird dealer follow this outreach campaign to spread a consistent alt fuel bus message to your state representatives.

Below is the timeline that was discussed during our meeting last week. If you have any questions, please contact Chelsea Uphaus at Chelsea.uphaus@roush.com.

Don’t expect a big check from VW to show up in your mailbox. Each state controls the funds allotted from the Environmental Mitigation Trust, and can choose how to spend the money within the guidelines of the settlement that were published on October 25.

The Trustee is a single, national entity responsible for holding the assets of the Trust (i.e. the $2.7 billion) and distributing those funds to beneficiaries. This will be a U.S.-based law firm specializing in the administration of consent decrees, nominated and designated by EPA and CARB. The Trustee has not been chosen yet.

The Beneficiary is the state-level government entity responsible for developing and awarding their state’s funds. The Beneficiaries in each state have also not yet been chosen, but they will have previous experience managing air quality and transportation grant programs (think state energy office or the body that administers DERA funds), and will be responsible for reporting to the Trustee on the use of funds.

The funding levels for each state were determined based on the amount of VW diesel vehicles deployed there. The chart below outlines how much each state will receive in funding, which can be spent over a 10-year period of time.

ROUSH CleanTech and Blue Bird are working on a clear and concise message to promote propane and CNG school bus programs to replace pre-emission (pre-2007) diesel buses, and there are already steps you can take.

Blue Bird dealers in every state have the opportunity to tap into millions — yes millions — of dollars from the Volkswagen emissions scandal. In total, VW will set aside $2.7 billion to fund the Environmental Mitigation Trust, a portion of which can go toward alt fuel school bus funding.

How did this all come about? We first heard about the VW emissions scandal more than a year ago. The allegations contend that the company’s ‘clean diesel’ vehicles were equipped with software that maximized emission performance during emission testing conditions, and optimized for performance when the vehicle sensed that it was not operating under testing conditions. The difference in NOx emissions between testing and normal performance was an increase by more than 40 times the legal limit.

It’s also alleged that VW lied to federal regulators and sought to cover up the extent of the non-compliance when first informed that there was a potential emissions problem. The government’s lawsuit was filed in January 2016.

To address excess NOx emissions that have occurred, VW set aside $2.7 billion to fund the Environmental Mitigation Trust (EMT).

What does the EMT mean to Blue Bird dealers? The billions of dollars in this trust are to be used to fund actions that reduce NOx emission and thereby reduce public exposure to NOx pollution. Translation: Money that can go toward our lower-NOx alternative-fuel buses (LPG and CNG)!

To find out more about where this money is going, read here or contact Chelsea Uphaus at chelsea.uphaus@roush.com or 734-466-6710.

A Time to Give Thanks to Our Partners 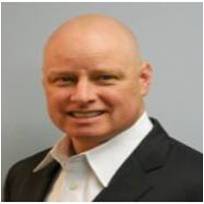 As Thanksgiving approaches this week, we all can reflect on what we are thankful for — our family, friends, coworkers and partners.

11.15.2016 — This school year, KIPP Jacksonville Schools deployed its first-ever fleet of school buses to transport students to and from the area campus. Along with this accomplishment, it’s the first 100-percent propane-fueled school bus fleet for a U.S. charter school.

One of the aromas of fall has been missing this year outside of school buildings in Orland School District 135. As part of the district’s student transportation contract this school year, American School Bus Co. is relying on buses powered by liquefied petroleum, or propane, rather than diesel fuel.

Cast Your Vote for Alternative Fuels

It’s Election Day! Throughout this presidential race, both candidates have thrown a lot of information and stats at you. While some may take those at face value, it makes sense to delve deeper before your final vote is cast.

The EPA is giving the East Baton Rouge Parish school system $773,000 to replace 30 of its diesel school buses over the next two years with more eco-friendly propane-powered buses.