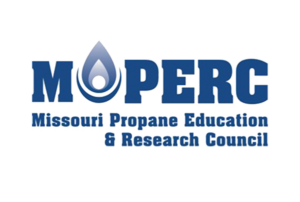 A St. Louis suburban school district’s goal to reduce bus emissions and costs led to researching alternatives to diesel. The district became the first in the state to add propane autogas buses.

The Fort Zumwalt School District comprises 125 square miles in St. Charles County, outside St. Louis, including the cities of O’Fallon and St. Peters. With 26 schools and 12,000 students transported by school buses each day, the district runs 110 daily and special-education routes, requiring the use of 174 school buses.

Fort Zumwalt School District’s transportation department started researching alternatives to conventional fuels in 2010. According to Jeff Schwepker, director of transportation, propane autogas stood out because of the low price of fueling infrastructure and the ease of implementation. “We could achieve our district’s two major objectives when it came to cleaner school buses: Saving money and forging a greener footprint,” said Schwepker.

The propane autogas buses benefit not only Fort Zumwalt School District, but the surrounding community since they cut harmful emissions. Propane autogas is a nontoxic, non-carcinogenic and non-corrosive fuel. Propane autogas is naturally lower in nitrogen oxides, which are federally regulated due to their negative impact on human health and the environment. The buses also produce fewer greenhouse gases and smog-producing hydrocarbons, and no particulate matter.

In 2013, the school district won the Community Leadership in Environmental Awareness Now (CLEAN) award, presented by the Missouri Propane Education & Research Council, for the buses.

Financially, the propane buses have more than achieved the district’s goals. Schwepker says the district pays $1.36 per gallon for propane, comparing favorably to $2.32 per gallon of diesel. The fuel savings translates to about $70,000 per year for the district. On average, propane costs 50% less than diesel.

Ford Zumwalt School District’s propane autogas school buses also lower total cost of ownership by saving on fuel, fluids and filters. Due to the fuel’s clean composition, there are no complex and costly after-treatment systems. “Initially we had some issues with maintenance, but we worked through them,” he said.

The district accomplishes these cost reductions with a domestic fuel; more than 90% of the U.S. propane supply is processed in the nation, with an additional 7% from Canada. Missouri has access to dependable propane supplies through six terminals statewide.

When it comes to fueling, there are three options for propane fleets. Some districts choose mobile fueling where a local propane supplier fills up buses directly from a delivery truck. Others fuel at public propane stations across the nation. However, most school districts, like Fort Zumwalt, install onsite infrastructure for the convenience and low cost — propane infrastructure is inexpensive; a station costs less than any other fuel type. Fort Zumwalt installed two fueling stations on school property. One has a pair of 3,000-gallon tanks, and the other has a 9,000-gallon tank, refilled regularly by propane provider Ferrellgas.

“The fueling process is quick and easy and is similar to diesel,” said Schwepker.

“The drivers were a little tentative at first. But that dissipated quickly when they realized that the new buses warmed up the cabins quickly, a major plus in our Midwest winter cold,” said Schwepker. “Warm -up time at idle is comparable to a car.” Plus, the new buses are quiet, allowing the drivers to hear clearly what is going on behind them, and the smooth engine is a definite improvement over diesel models. “The quiet operation is a big advantage to the neighborhoods in the mornings,” he added.

The drivers also found the performance better than expected. “The drivers enjoy driving them. The propane buses are similar to diesel in all performance respects,” said Schwepker.

Because propane is a low carbon, low emission fuel, a variety of state and federal grants and funding opportunities are available. Fort Zumwalt takes advantage of federal excise tax credits each year, which reduces the cost of each gallon of propane. The Alternative Fuels Data Center (AFDC) provides financial data and tools to help fleets, and within the state of Missouri, the Missouri Propane Education & Research Council offers financial incentives to help offset the cost of propane autogas school buses.

Fort Zumwalt School District began purchasing propane autogas buses more than a decade ago, and other Missouri districts followed suit. Currently, about 300 propane buses operate in the state, and more than 21,000 across the nation.

Today, Fort Zumwalt operates 40% of its bus fleet with propane. Schwepker’s game plan is to continue replacing aging 77- and 53-passenger school buses with new propane autogas models. The decision means significant fuel and maintenance cost savings, and a community that can breathe deeply due to reduced emissions.