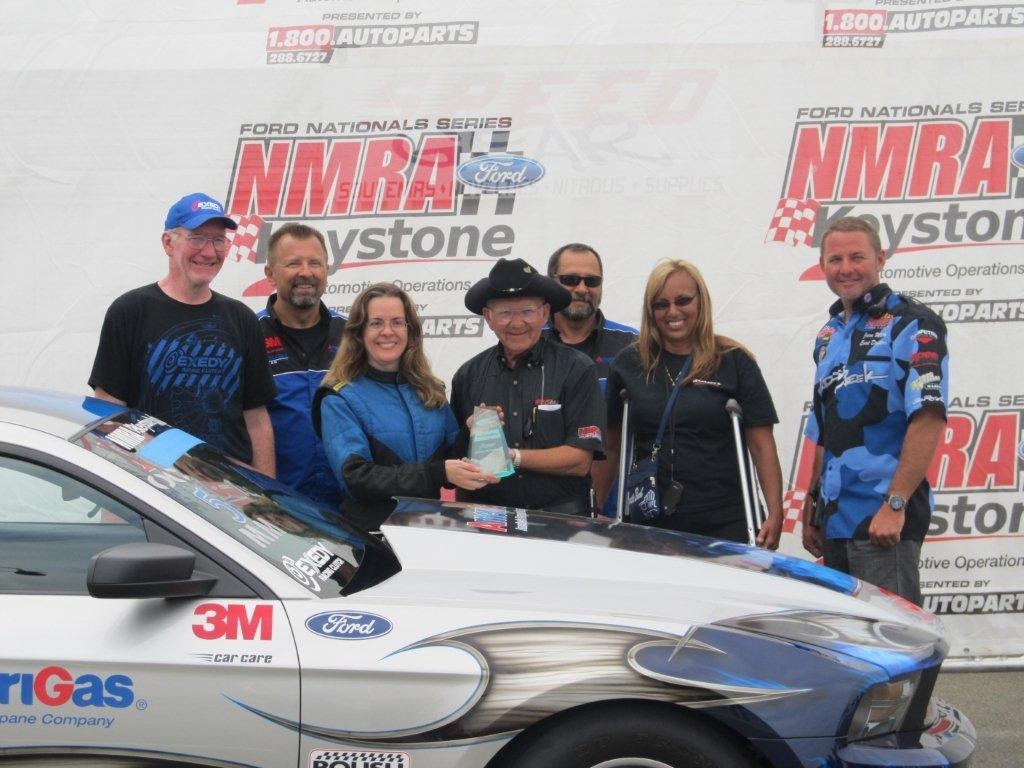 The Roush Drag Team proved that Propane Rules at the NMRA race track in Mechanicsville Md. The weekend started on May 4 with time qualifications for Susan Roush-McClenaghan running a 2010 Roush Stage 3 Ford Mustang with a Roush Clean Tech Liquid Propane Injection System and teammate Donnie Bowles who runs a 2005 Roush Stage 3 Ford Mustang also running a Liquid Propane System. By the time the eliminations started on Sunday, both cars ran flawlessly to the point that both Susan and Donnie were the only two left. It came down to the only two Roush Propane Powered Mustangs with the differences being the drivers and reaction times. Donnie Bowles ran a 9.71 at 135.80 MPH and Susan ran a 9.60 at 138.26 giving Susan Roush-McClenaghan her first win of the season and the second for the Roush Drag Team.

Both cars use an all-aluminum 5.4L, V-8 Ford engine that was originally designed for the Ford GT supercar, all of which helps these liquid propane-power engines to generate in excess of 750 horsepower. Their competition uses a variety of Race Fuels that are produced through a variety of processes. When asked why the Roush Drag Team chose Propane as their choice to power their race cars, Susan said “in our testing Propane compared to the different racing fuels, we achieved the same amount of torque and power that was achieved from other racing fuels.” Susan also said, “With Propane being an American Fuel and producing fewer emissions was the deciding factors.” Of course the Roush Drag Team do not complain that the Propane supplied by its corporate sponsor AmeriGas at 70% less than racing fuels. 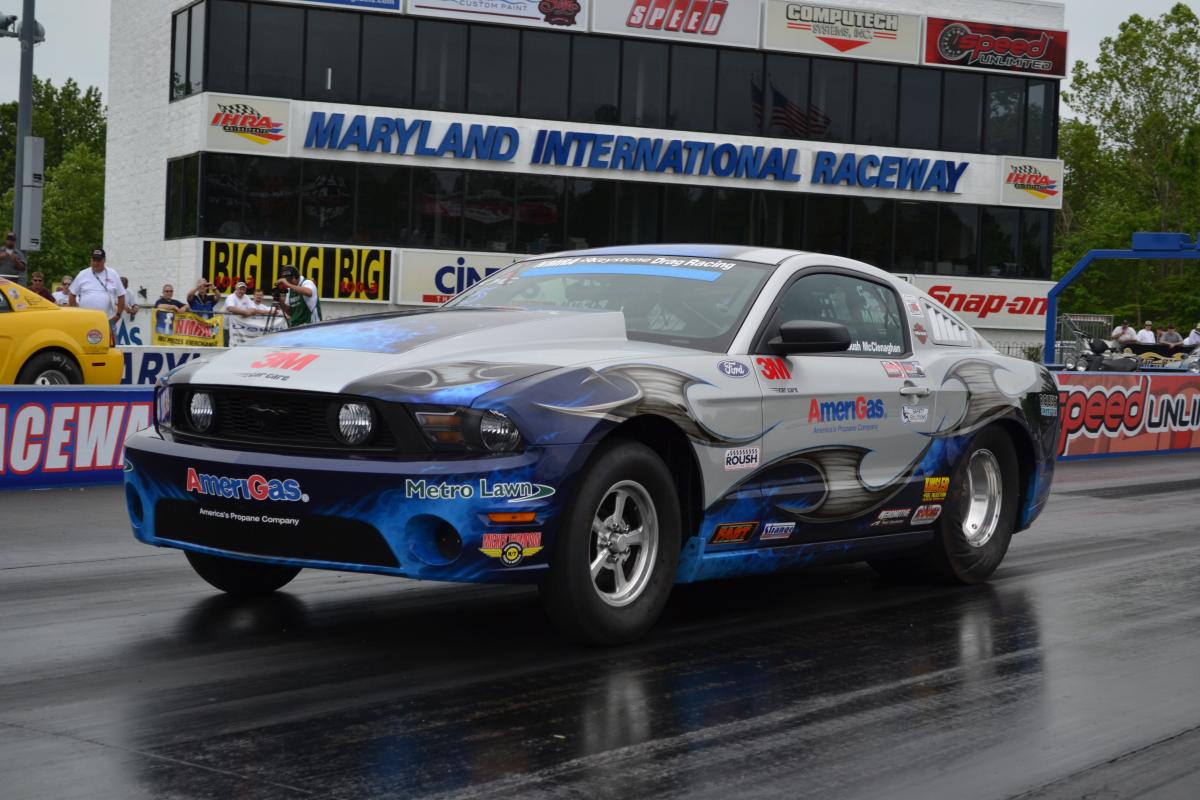 AmeriGas is the Nation’s largest Propane Company serving over 2 million residential, commercial, agriculture and motor fuel customers from over 1200 locations in all 50 states. Jim Hamilton Regional Vice President said, “The technology that Roush Clean Tech and Roush Drag Team bring to our industry comes with extensive engineering and proven technology. The future of Propane Autogas is unlimited with the exposure and technology coming on board, and the Roush Drag Racing Team is a viable part of the future success.”

Metro Lawn Propane Conversions support off-road applications of all sorts. Jim Coker Director said, “Propane has proven to be the fuel of choice for many looking to convert from costly gasoline.” Propane is gaining recognition as a proven American Fuel to power a variety of engine applications thus lessening our dependency on foreign oil.