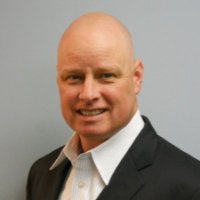 It’s tax time, which makes many grimace. But not if you’re operating propane autogas-fueled vehicles. Earlier this year, alternative fuel infrastructure and excise tax credits were extended from January 1, 2015 through December 2016.

The current alternative fuel excise tax credit consists of a 50-cent-per-gallon credit for 2015 and 36-cents-per-gallon for 2016. (The reduction for 2016 reflects an updated energy content calculation of excise tax.).

Many of our customers take advantage of these credits. For example, Flint Mass Transportation Authority in Michigan pays a locked in a rate of 75 cents for propane autogas. With 2015 credits, the price per gallon is 25 cents, and for 2016 the cost will be 39 cents per gallon.

If you have any questions about these credits, visit the Alternative Fuels Data Center or contact the IRS Excise Tax Branch irs.gov. Thanks for partnering with ROUSH CleanTech.