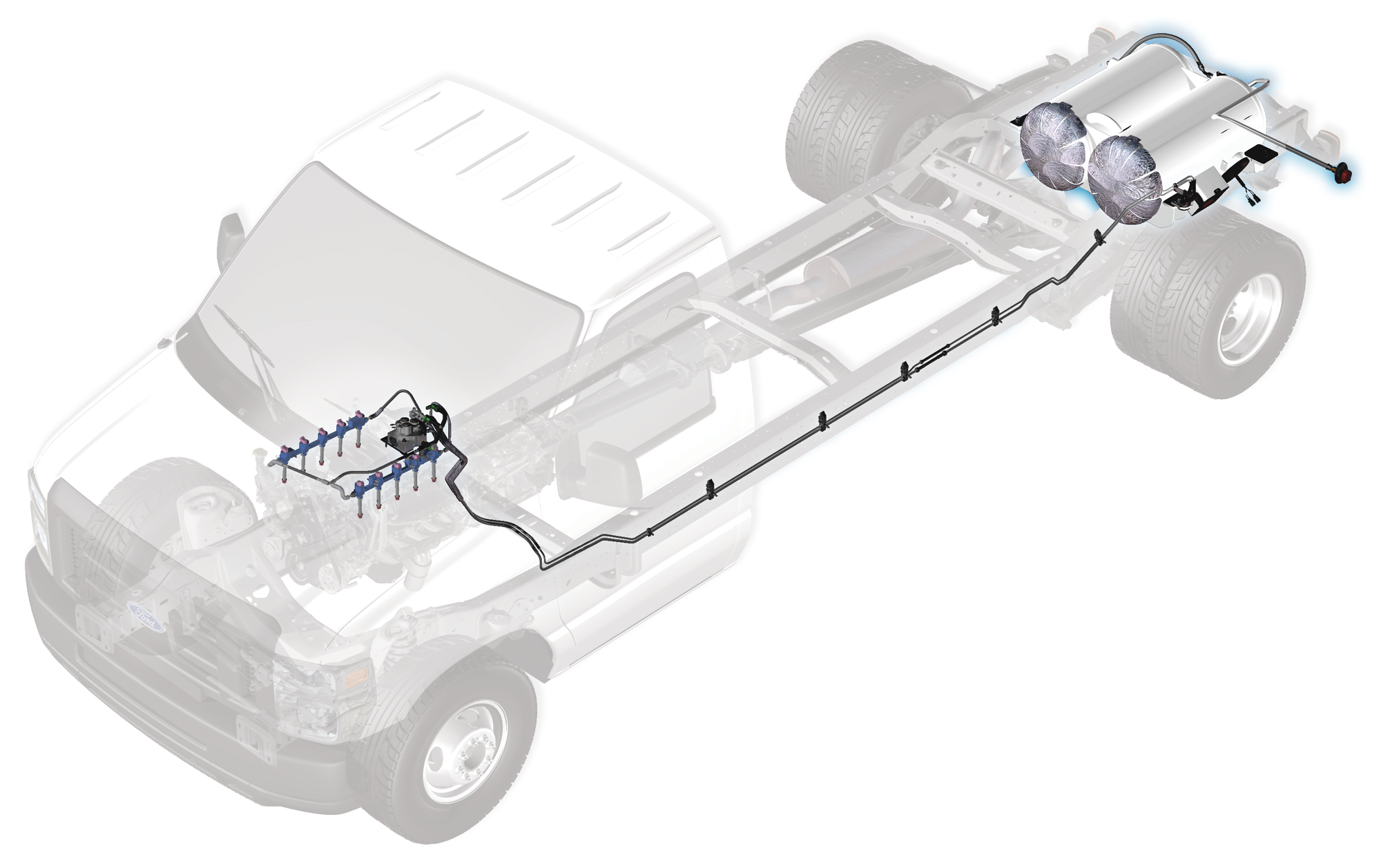 Propane autogas is a safe, domestically produced fuel with a robust infrastructure and economic and environmental benefits. It’s the same fuel used to fuel familiar items, like backyard grills and residential water heaters. It’s American-made with more than 90% of the nation’s supply coming from the United States and an additional 7% from Canada.

ROUSH CleanTech propane autogas fuel systems help fleet managers meet their primary goal of maintaining the lowest possible total cost of ownership. Historically, propane autogas costs about 40% less than gasoline and 50% less than diesel per gallon. Maintenance service and costs are reduced due to the fuel’s clean operation. Propane removes the complexity and cost of after-treatment measures since it doesn’t require additional fluids or filters; exhaust after-treatment or diesel emissions fluids; particulate trap systems; turbochargers or intercoolers. Since the fuel runs cleanly through the engine, fleets report savings of 30 to 50% on filters and fluids.

Fleets can transition to propane autogas without incentives, but funding further accelerates savings. Since propane is classified as an alternative fuel by the Energy Department, there are a number of incentive programs to encourage adoption. These include federal and state grants, alternative fuel tax credits, EPA’s National Clean Diesel funding and Volkswagen’s $2.9 billion Environmental Mitigation Trust. The U.S. Energy Department’s Alternative Fuels Data Center provides current information and resources.

Vehicles that run on propane autogas emit fewer greenhouse gases, smog-producing hydrocarbons and particulate emissions than conventional fuels. Propane autogas is naturally much lower in nitrogen oxides than diesel and gasoline. Nitrogen oxide emissions are federally regulated due to their negative impact on human health and the environment. They can trigger health problems, such as asthma, bronchitis and other respiratory issues, and environmental problems, such as acid rain and deteriorated water quality.

According to the World LP Gas Association, vehicles fueled by propane autogas emit 96% less nitrogen oxides than diesel and 68% less than gasoline. And, according to a 2019 West Virginia University study with schoolbuses, diesel emissions are 15 to 19 times higher than with propane.

ROUSH CleanTech propane engines are certified to either 0.05 g/bhp-hr or 0.02 g/bhp-hr, making them up to 90% cleaner than the EPA’s strictest federal emissions standard.

Propane autogas is an approved clean alternative fuel under the Clean Air Act of 1990. There are more than 260,000 propane vehicles in the United States and over 27 million worldwide, including school buses, taxis, paratransit shuttles, and delivery and construction trucks. Other safety features include:

Three Ways to Fill-up with Propane

Fueling with propane autogas is easy and takes about the same length of time as fueling with gasoline or diesel. Propane autogas offers multiple options for infrastructure setups that will keep your budget in check. There are three main ways to fuel propane vehicles. 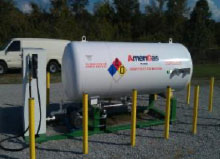 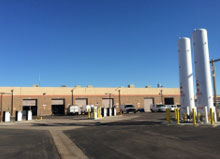 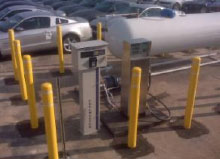 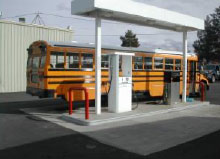 2 Mobile fueling is another option where your local propane supplier comes to your location and fills up your vehicles directly from their bobtail truck. 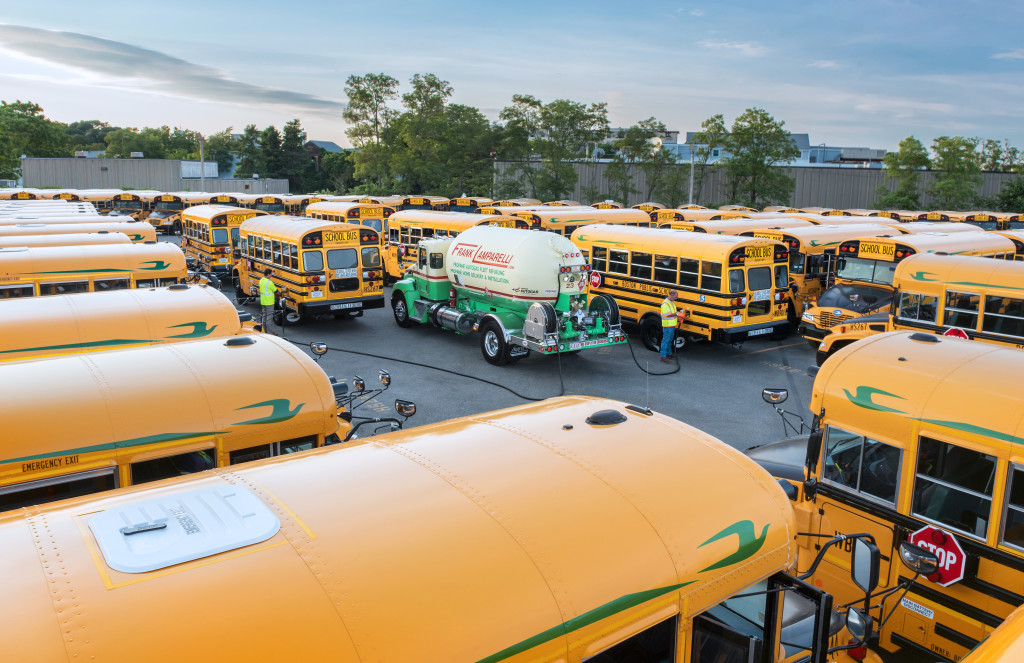 3 Public stations can be a solution for fleets with limited space. There are thousands of propane stations across the U.S. To find a station near you, visit the U.S. Energy Department’s Alternative Fuels Data Center. 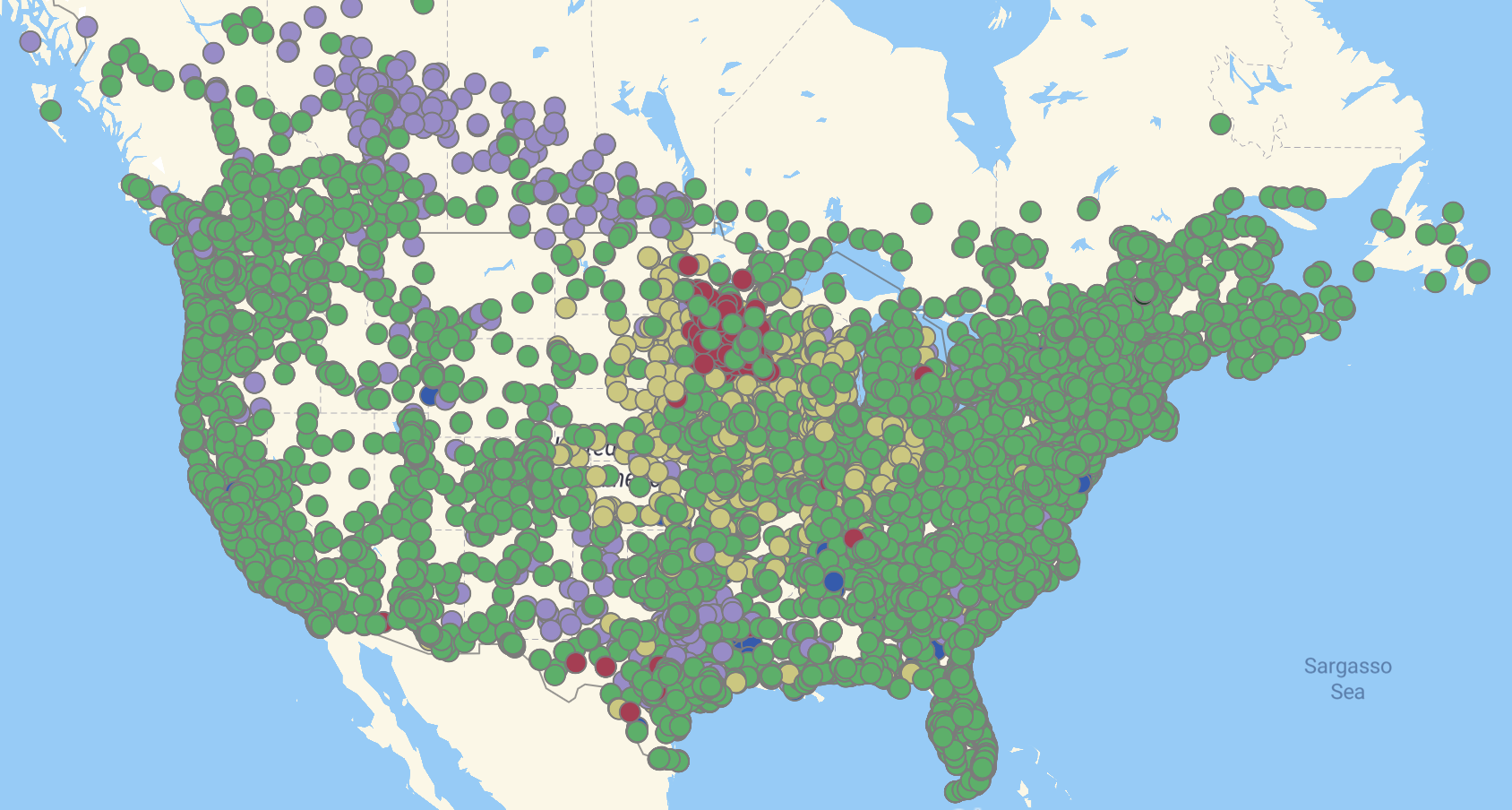 With modern systems, propane remains in a liquid state until it gets to the cylinder, removing the cold-start issues associated with vapor technology propane systems of the past. ROUSH CleanTech’s dedicated propane autogas fuel systems start immediately in weather as cold as negative -40 degrees Fahrenheit. Vehicles equipped with ROUSH CleanTech’s propane autogas fuel systems retain equivalent horsepower, torque, towing capacity and warranty coverage as their gas and diesel counterparts. The Class 4-7 commercial vehicles can achieve a range of up to 350 miles and school buses up to 400 miles on a single fueling.

ROUSH CleanTech was the first ever company to develop a propane engine that brings emission levels to near-zero as defined by California Air Resources Board.